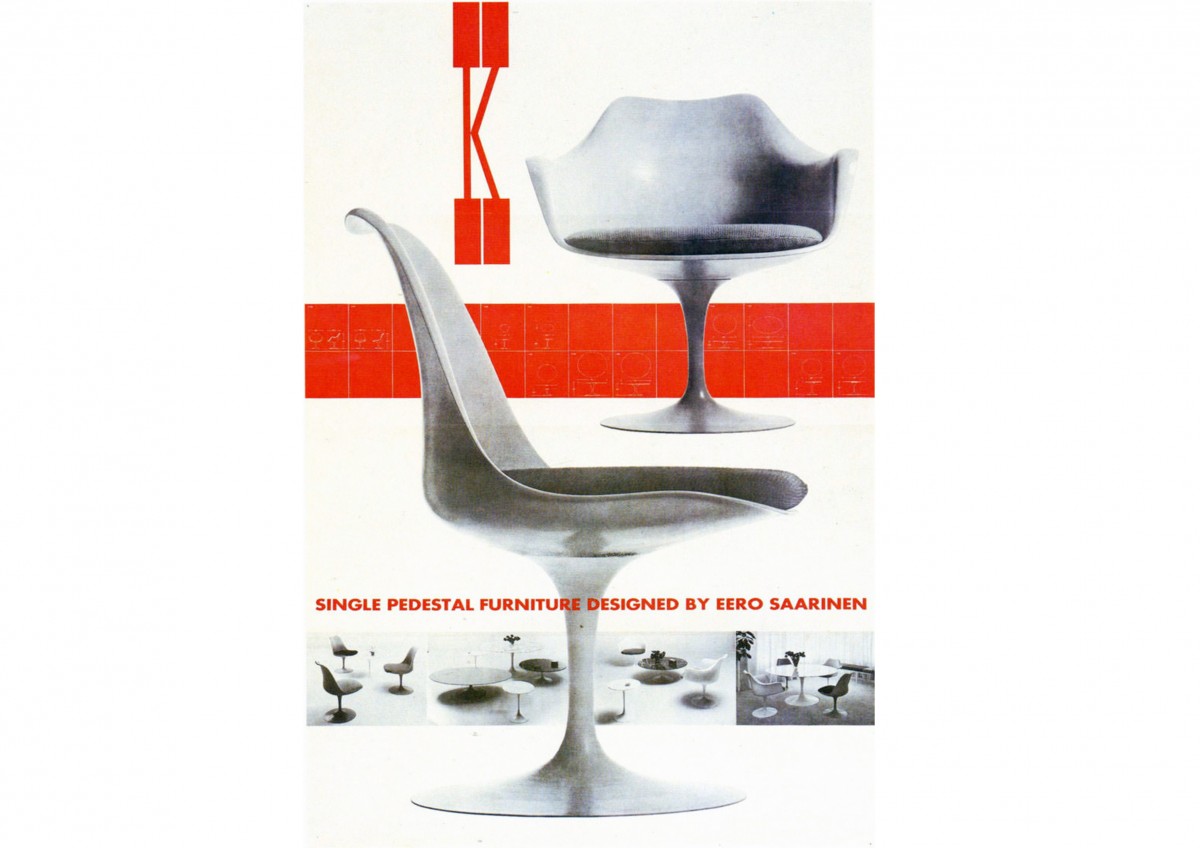 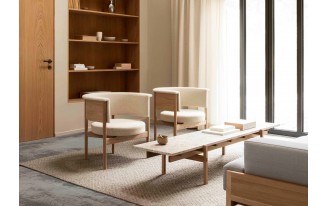 With a number of iconic and highly sought after Knoll pieces at Mr. Bigglesworthy this week, we’re admiring the graphic design work of Herbert Matter who shaped the company’s public image.

It's hard to underestimate the influence Knoll has had on modern design throughout the world. Founded in the 1940s by Hans and Florence Knoll, the iconic furniture maker is responsible for some of the world’s most recognisable design icons.


Below we've shared a selection of our favourite advertisements designed by Matter. We love the bold use of colour, line and typography. 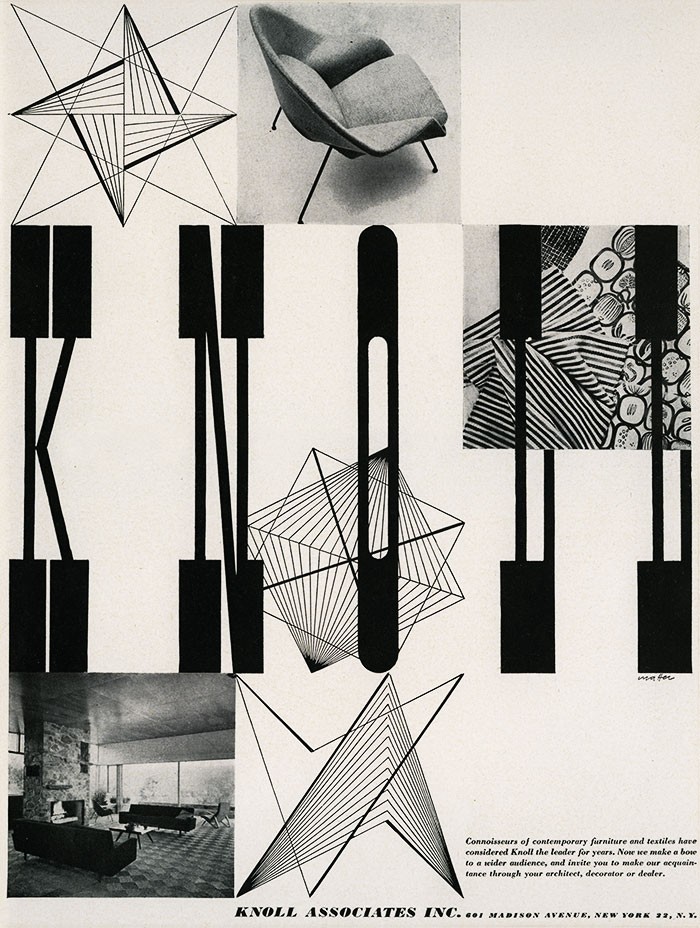 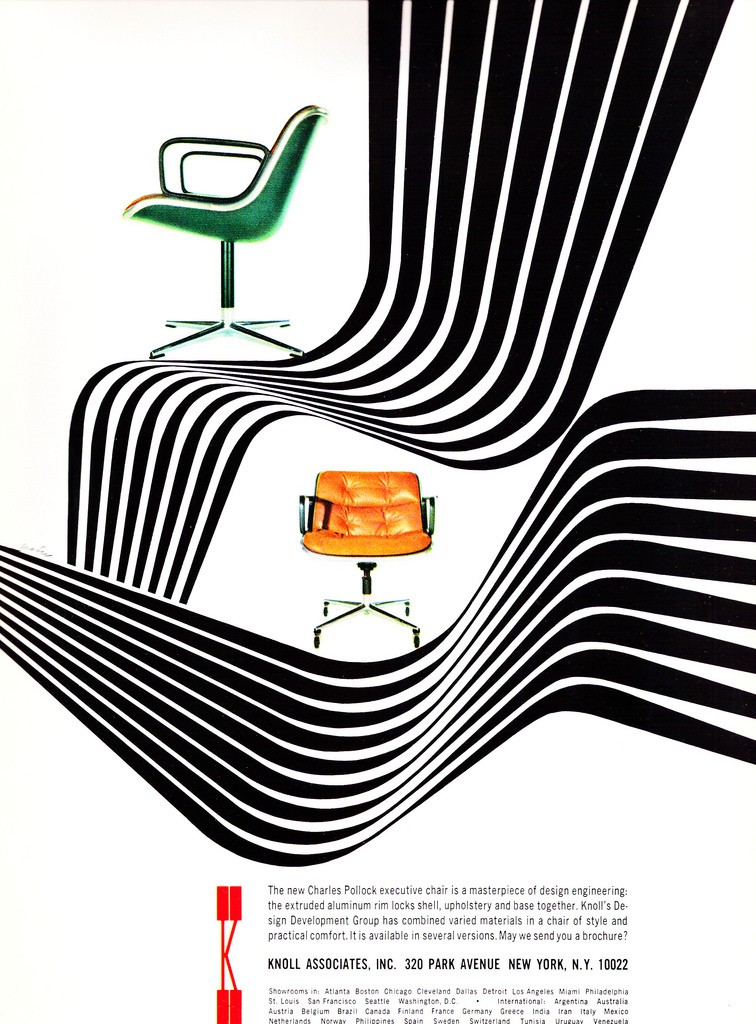 
The Swiss-born American graphic designer who helped define Knoll’s public image and identity is known for his pioneering use of photomontage in advertising. His innovative and experimental work helped shape the future of twentieth century graphic design.


His style is often characterised by his use of juxtapositions of scale, graphic shapes, bold colours and cropping techniques. Matter was a skilled designer, photographer, and advertising consultant. His sheer amount fo creative output produced throughout his career is testament to his remarkable talents and influence on the mid century visual culture. 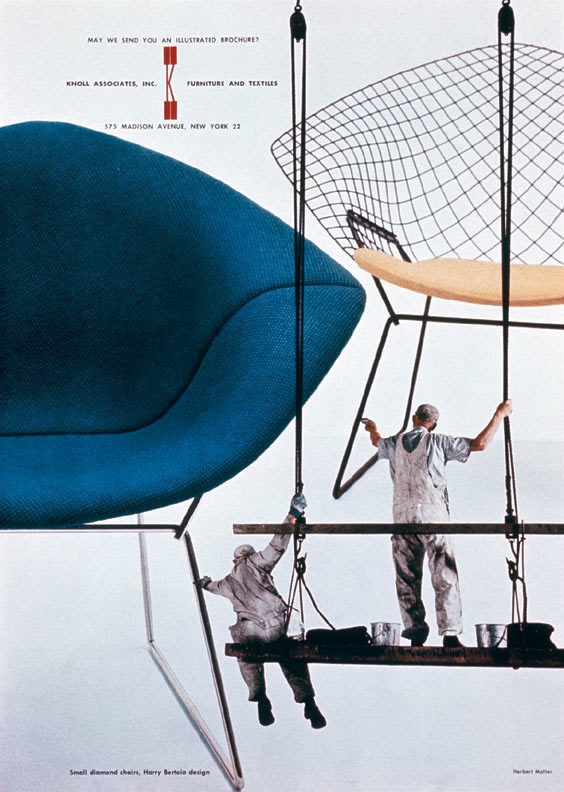 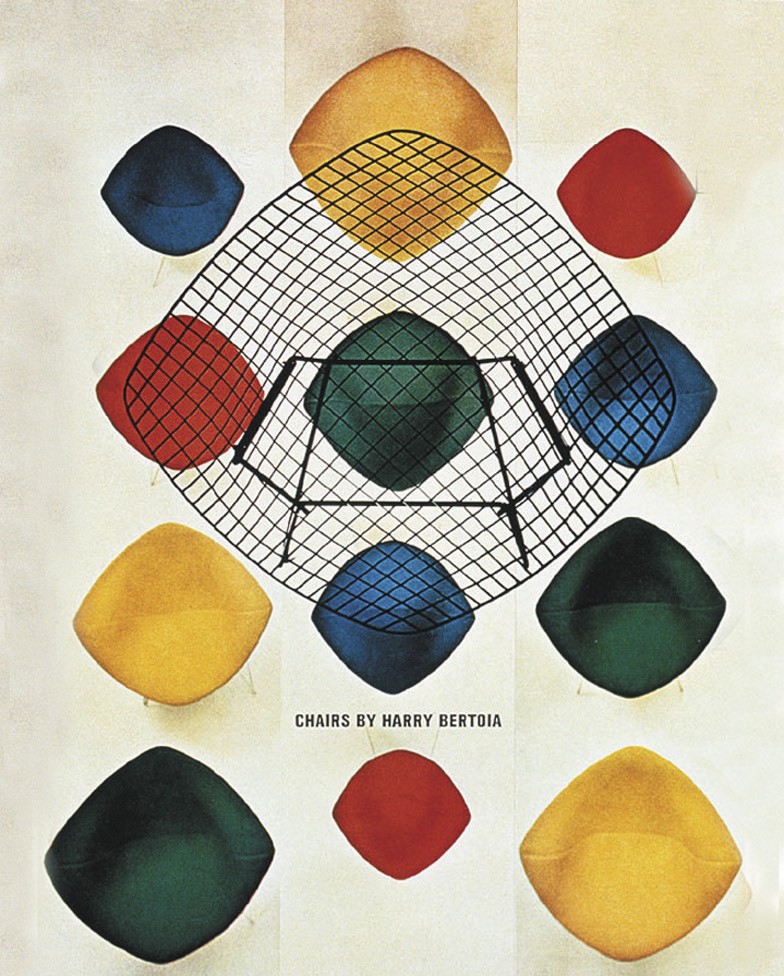 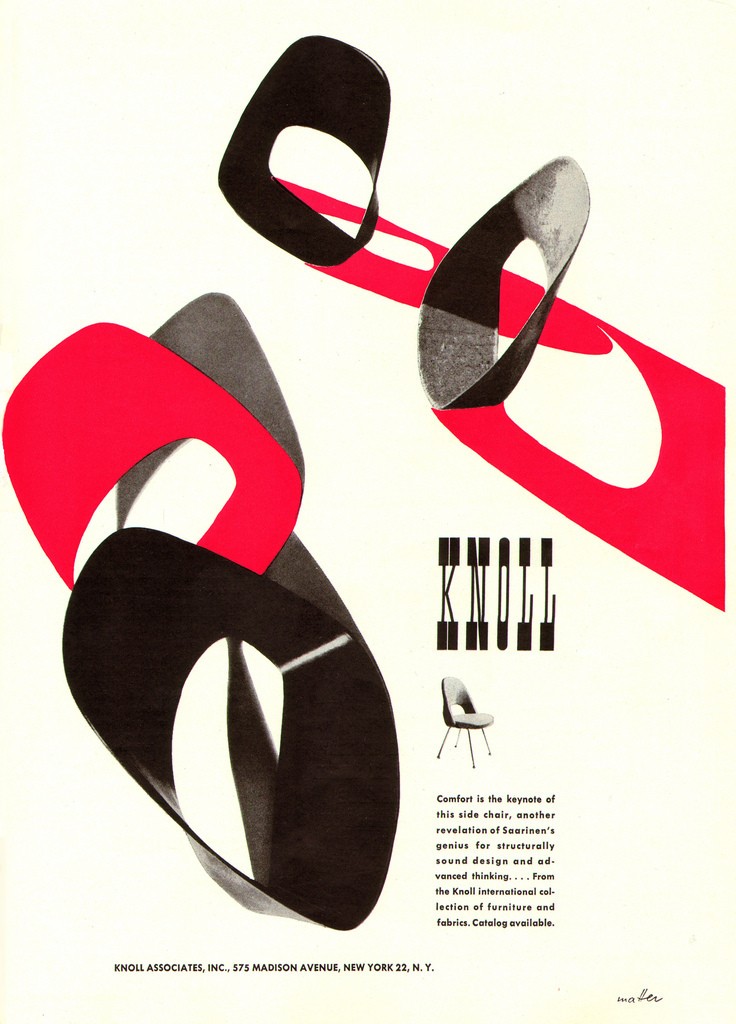 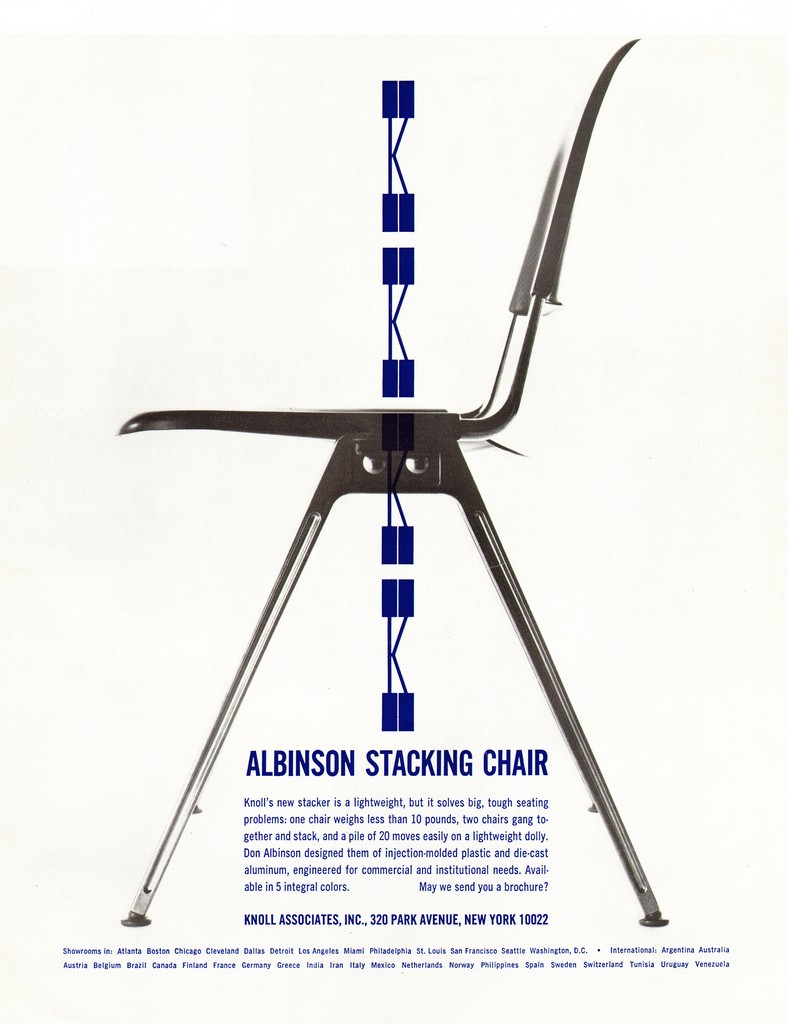 
Consider adding one of our vintage Knoll offerings to your home – these twentieth century design icons are sure to impress. See our selection below.

Interwoven into the very fabric of Mr. Bigglesworthy and our contemporary design store, Good Form, is a deep appreciation for art and design. From our travels visiting countless museums, public sculptures and installations, to Emma earning a Fine Arts degree from the University of Canterbury, we have long wanted to share this love for the art world. So, this week we were excited to announce the arrival of luxury rugmaker CC-Tapis at Good Form. 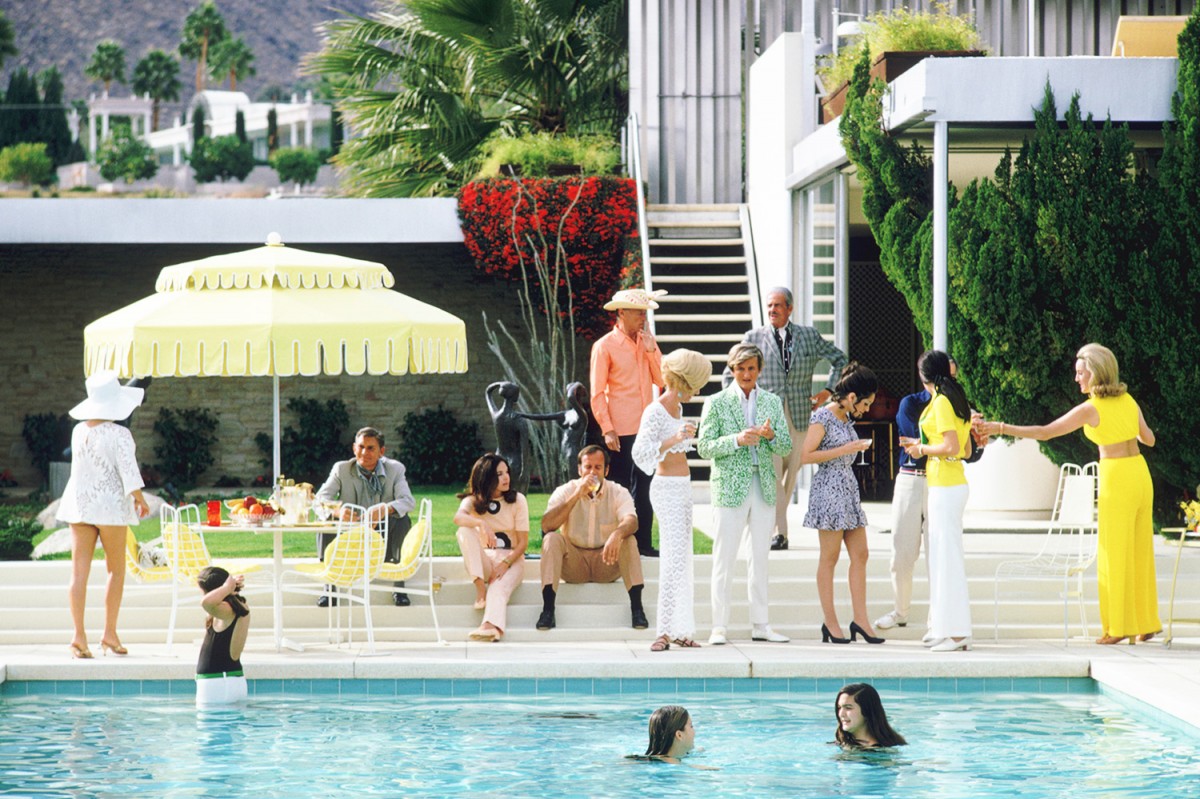 While we hunker down during another week of lockdown, the glamorous and sun-filled photographs of Slim Aarons are providing us with some light relief and welcome escapism. 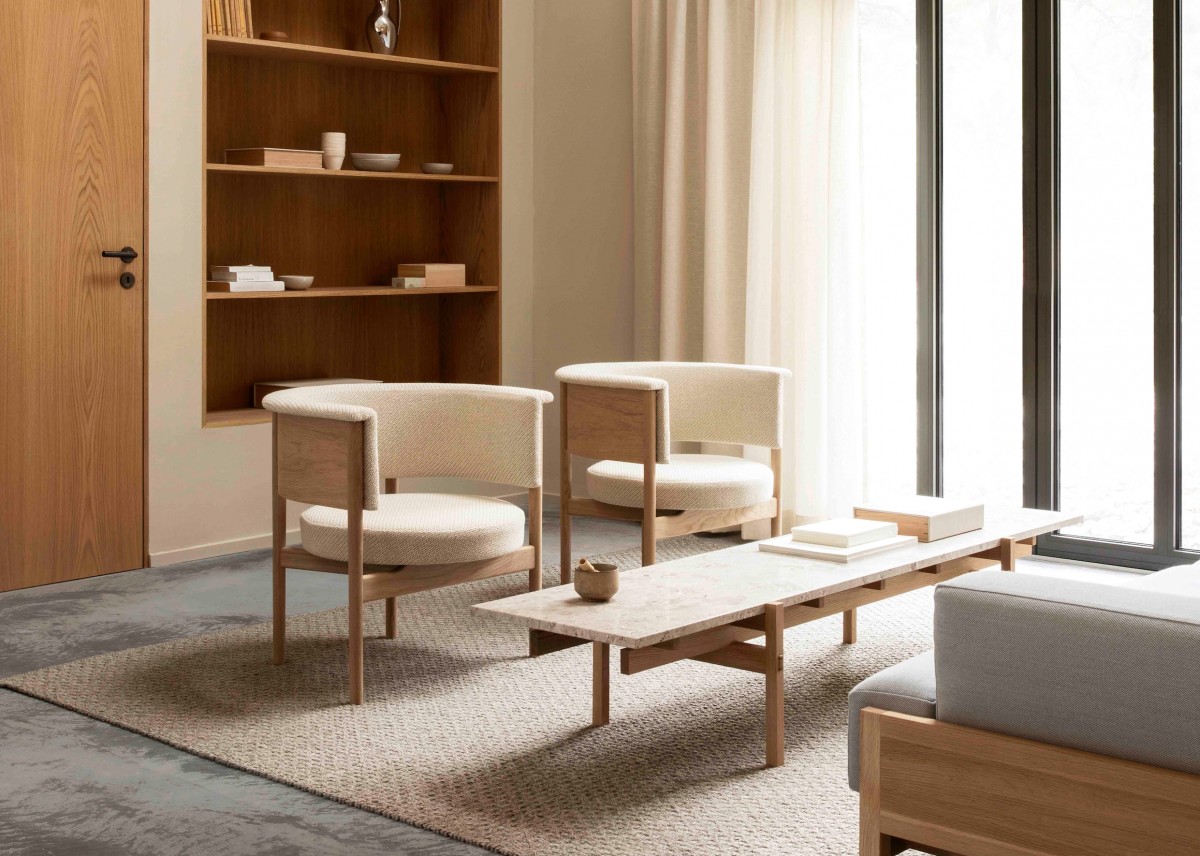 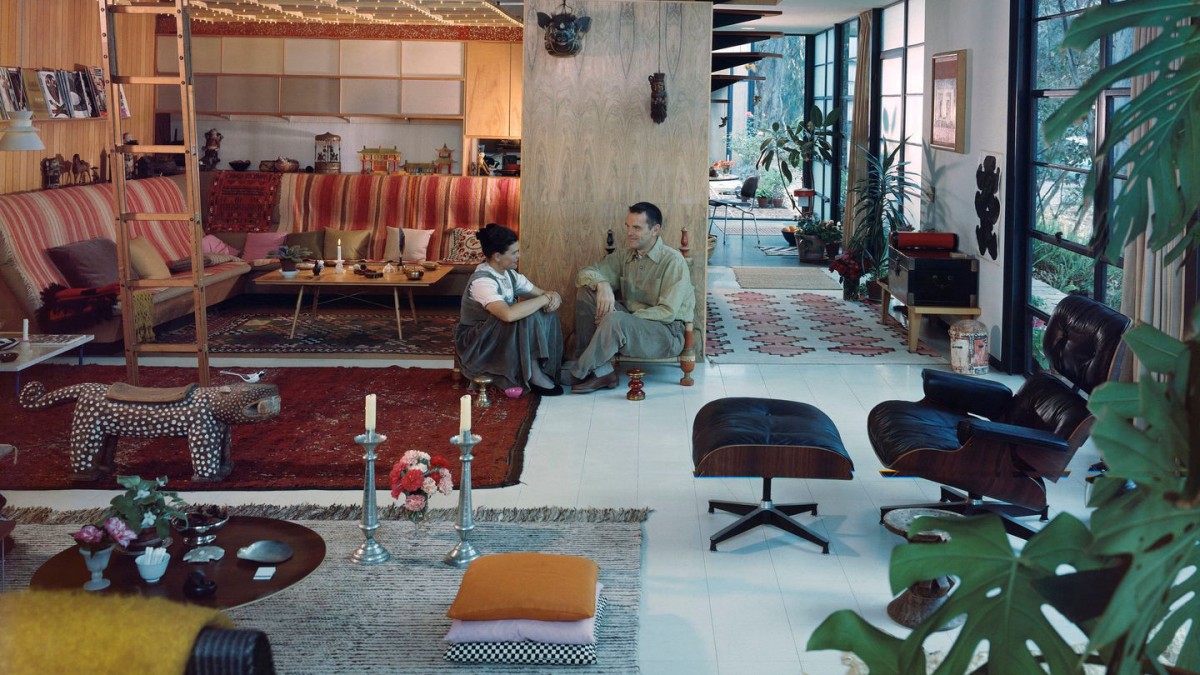 The Eclectic Home of Charles and Ray Eames

Charles and Ray Eames nurtured a design imagination that knew few bounds. Best known for their groundbreaking contributions to architecture and furniture design, the Eames duo also infused their creative talents into their own home – the Case Study House No.8.