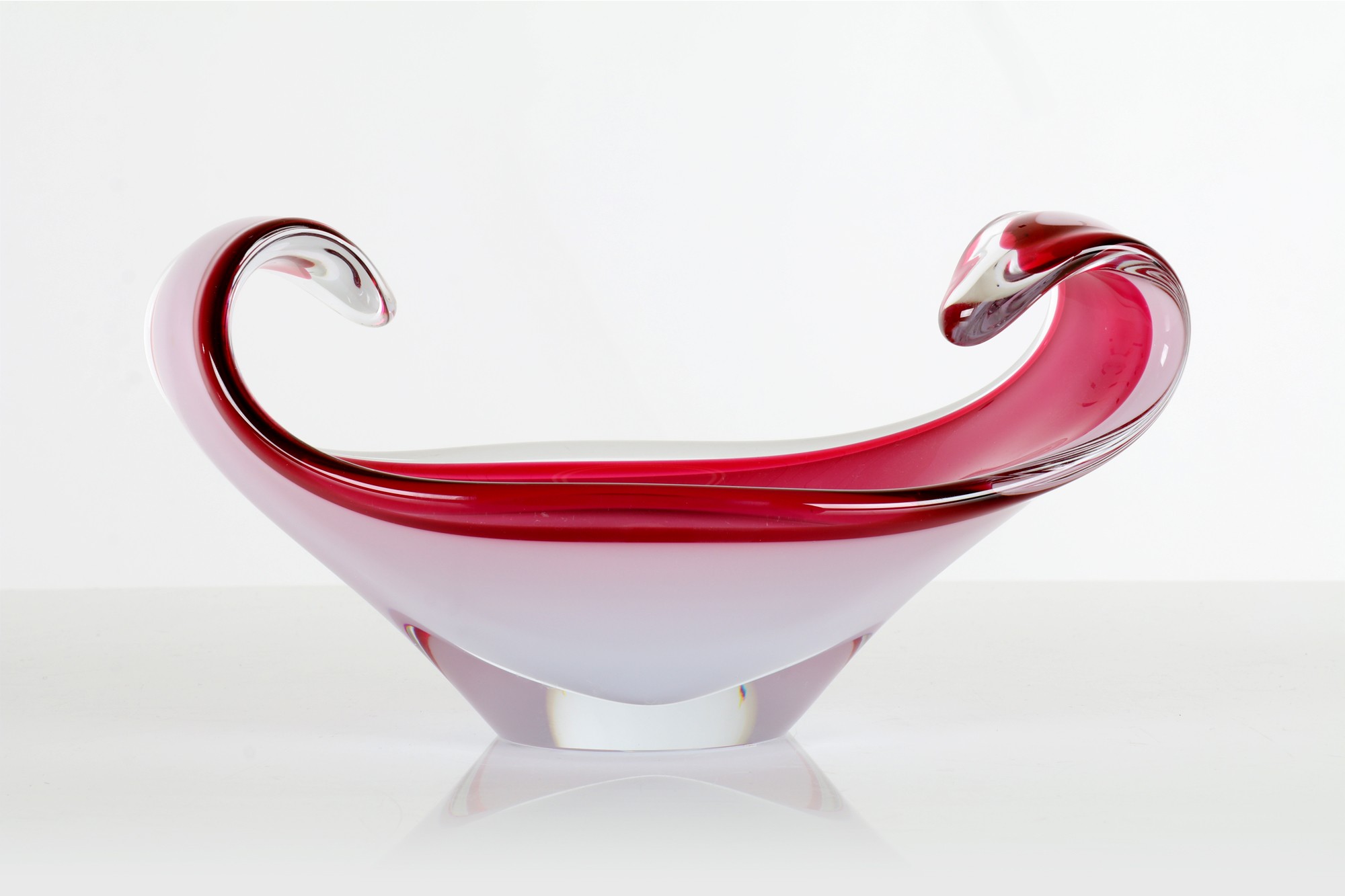 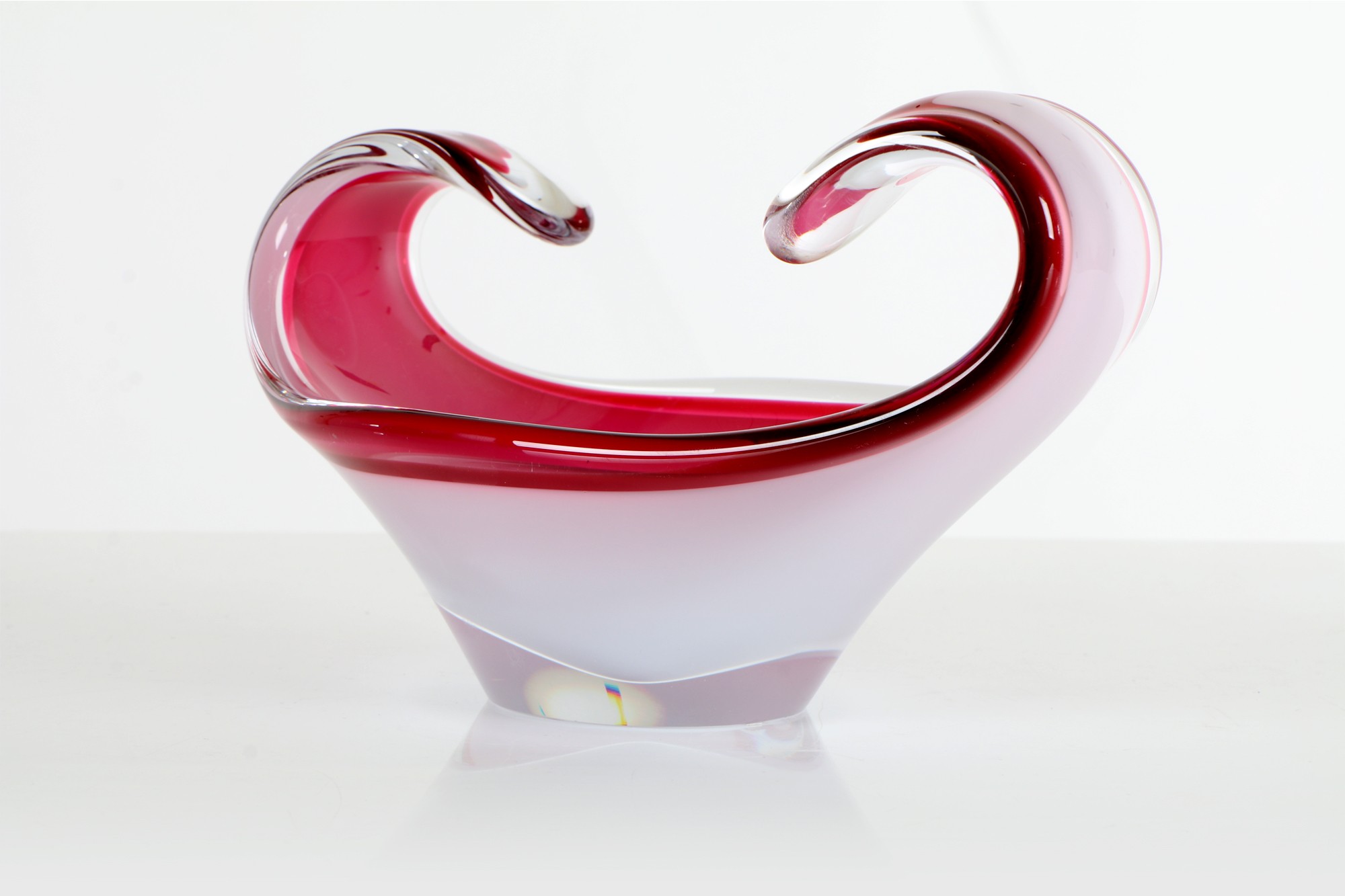 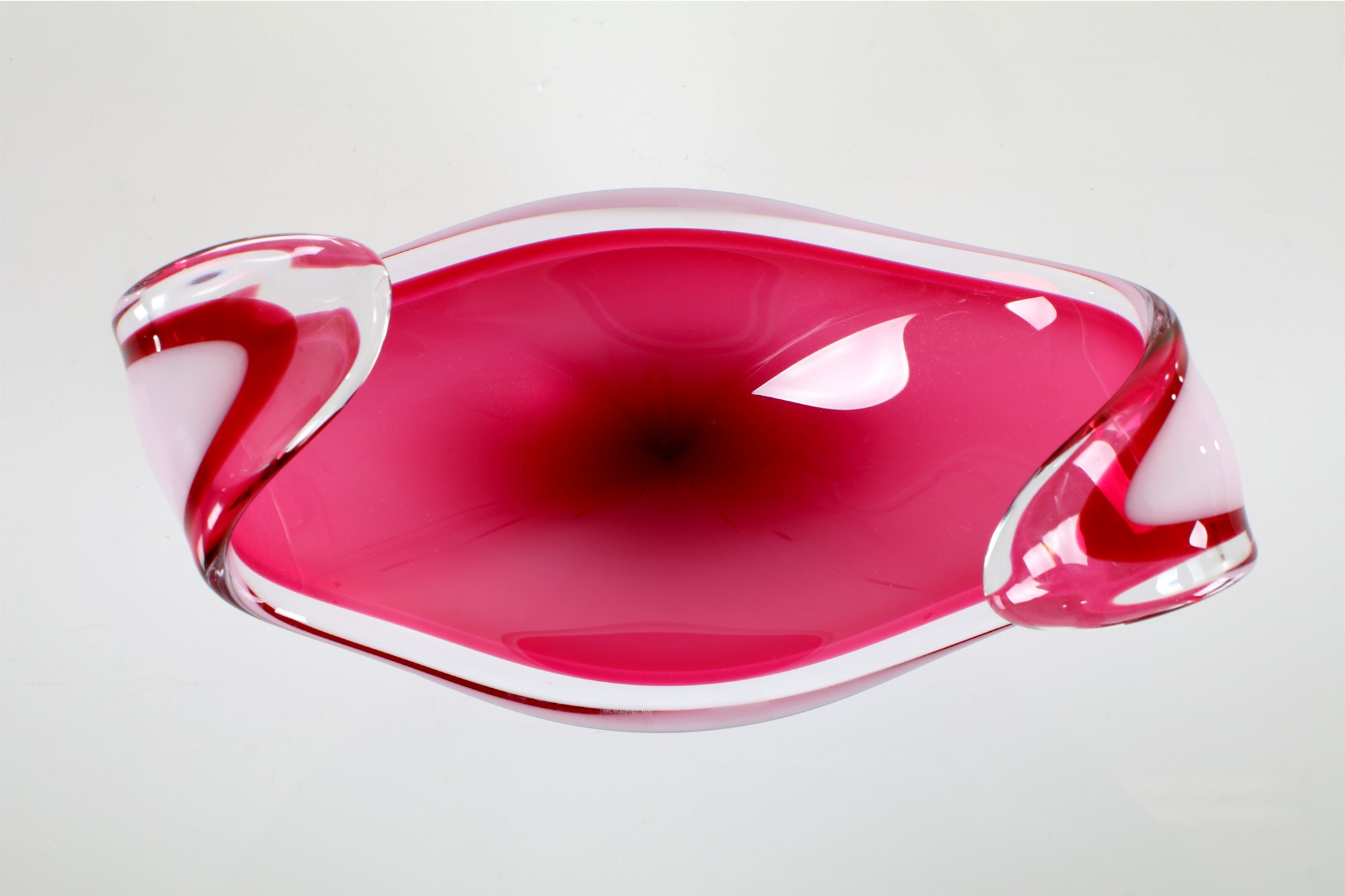 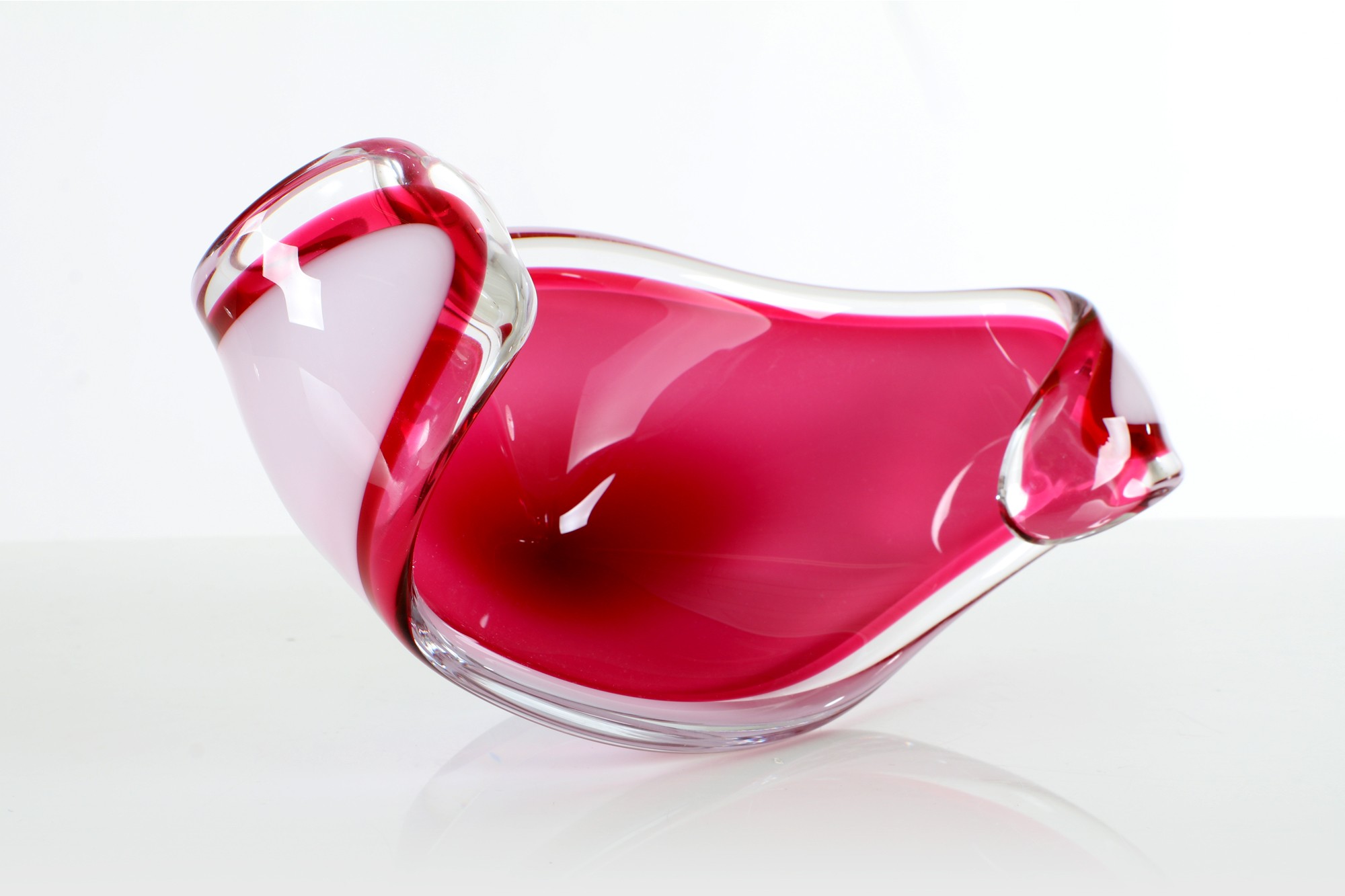 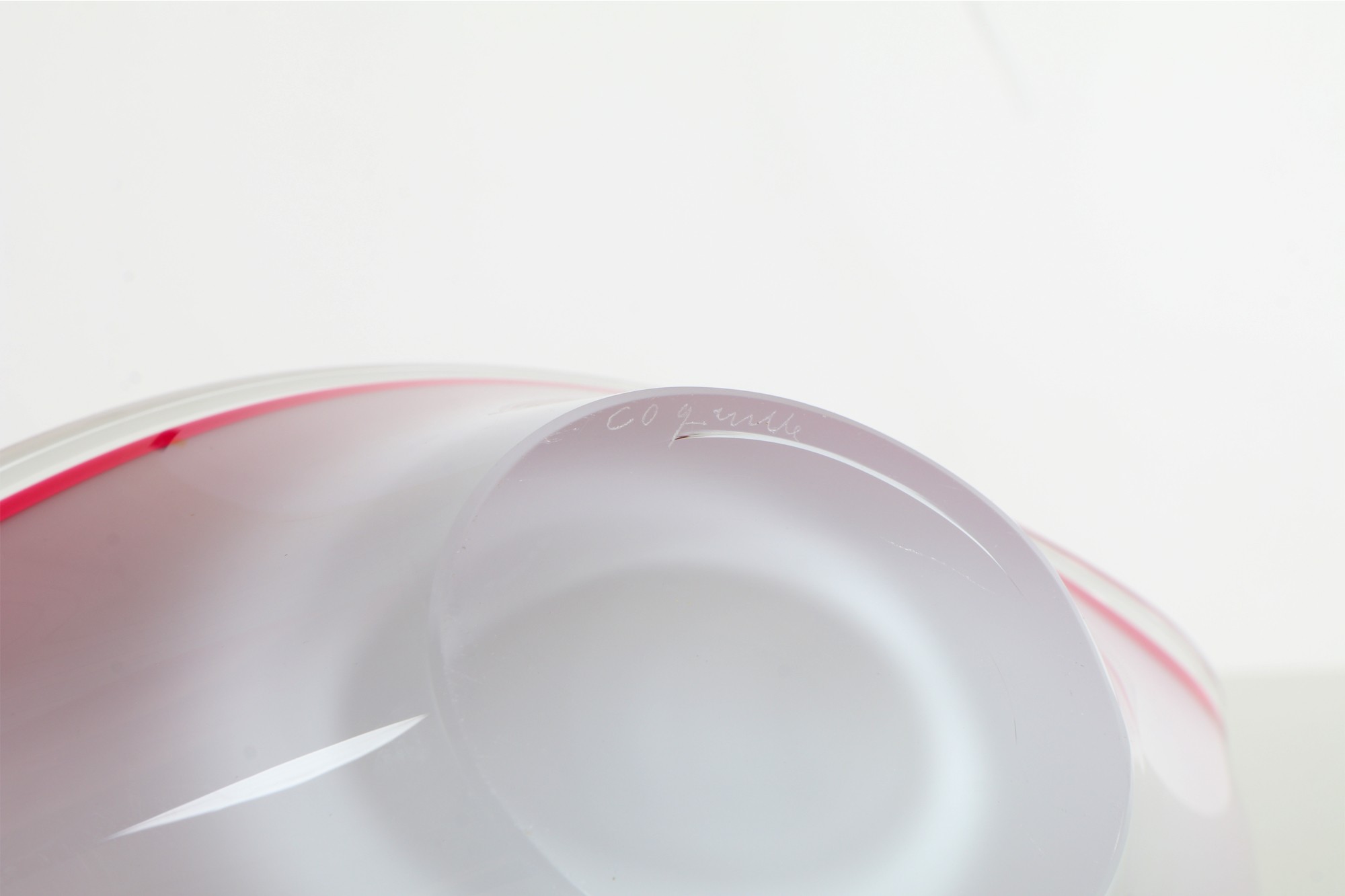 This vase from Flygsfors showcases organic modernism with bold shapes and a classic pink and white palette.

A continuous, beautiful line of glass holds a well of hot pink. It forms a memorable and unusual object crafted by celebrated designer Paul Kedelv. His work remains highly collectable.

The "Coquille" series was originally based on the organic shapes of seashells. Flygsfors was founded in Sweden in 1888 and was purchased by Orrefors in 1970. The company officially became part of Orrefors when Flygsfors closed in 1980. Each piece was hand blown, and are increasingly rare.

Maker's Mark: Etched signature can be found at the base of the vase